Next stop on the trip was: Knocknarea Hill. By now, fourth post into this series on Ireland, you may be starting to think that I have a slight obsession with the outdoors. You know what? I probably have. I can´t help it – I just love being out and about; exploring, taking photos. Just enjoying the fresh air, really. That´s why I loved this trip so much! It just felt so good being in the outdoors, soaking up the natural beauty of my surroundings, for a whole week. No work to worry about.  Anyway, enough rambling. Time to tell you all about Knocknarea.

I was quite excited about this hike. My friend, who does this walk on a regular basis, had been raving about how spectacular it was. She even went as far as saying that I would be in photography heaven once I stepped out of the car and, I have to admit, she was right. However, be warned; you need more than just your camera to venture on this uphill trek. There isn´t one specific pathway, so be sure to wear a good pair of sneakers or hiking boots to navigate the sometimes rough terrain. Apart from being rough, it´s also quite steep and,  after climbing the final 40 feet in this expedition, you will be glad you wore your sneakers. Not only because of the height of the hill but also because the loosely deposited rocks can make this part of the hike difficult at times. However, the pay off when you reach the top makes it worth every minute. All I can say is: if you were impressed by the mountain’s summit, you will be in awe once you reach the top. 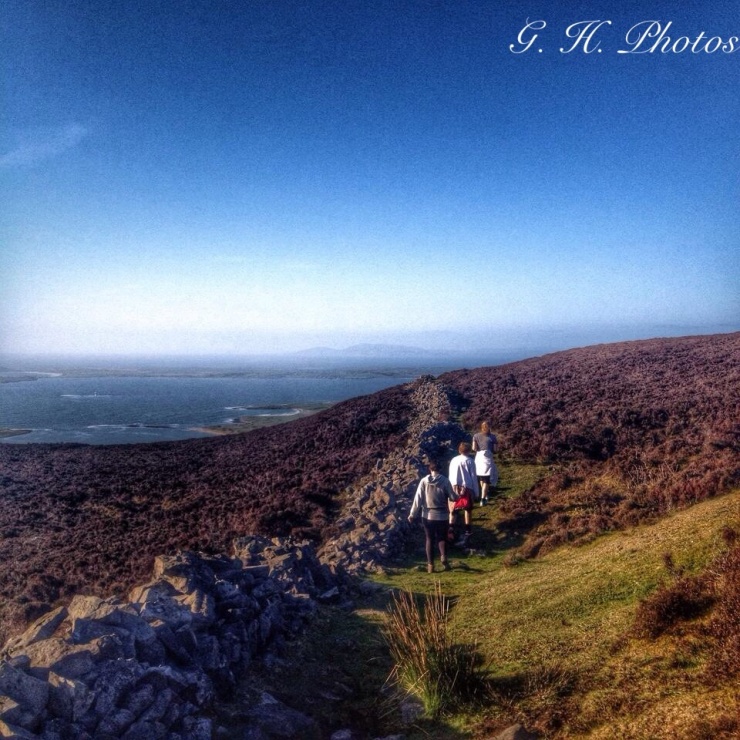 The hike itself takes about forty minutes in all. However, being the photo addict that I am, it took us about an hour in total to do the walk. I was literally winded on this walk, and not due to my fitness levels, the landscape that unfolded was just breath-taking.  The summit of Knocknarea is nothing short of fascinating, offering views of the town and surrounding county. It´s easy to see why William Butler Yeats referred to it as “The land of heart´s desire.” There was just such a variety of tones and textures; between the mountains, the sea and the countryside,  it´s hard not to be impressed by it. 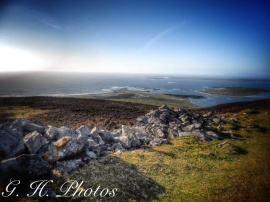 Another little interesting fact about Knocknarea is that, once you get to the top, you will see a 40ft high stone cairn, Meascan Meadhbha. This cairn is said, in Irish folklore, to have been built for the mythical Iron Age Queen Maeve. They say that Queen Maeve was buried there after being killed by her own nephew. Queen Maeve´s death is a curious one, having killed her own sister, her nephew sought revenge and killed her with a piece of hard cheese which he launched from a slingshot – strange but apparently true. Anyway, people say that you should bring a stone up with you to place on the cairn for Queen Maeve, it is meant to bring you luck. However, when we did the walk, I was oblivious to this custom. It was only after, when I was speaking to my uncle, that he told me about the reason for, what I had called: a massive pile of stones on top of the hill. Such a curse to be ignorant to Irish folklore and history. I keep threatening to  become more knowledgeable about Irish history but, unfortunately, I never get round to it: maybe this summer I´ll be able to brush up on my knowledge. Anyway, back to the cairn. Since speaking to my uncle I was inspired to read up on it and was surprised to discover that it is actually the largest unopened cairn in Ireland. They say that under the cairn, apart from Maeve´s tomb, lies a passageway. However, what truly lies beneath will most likely remain a mystery as there are no plans to excavate it. 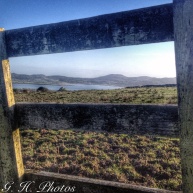 That´s it for today´s post. It´s a little later than I had anticipated, I had too many corrections to focus on today. I hope you enjoyed reading about my adventure. Stay tuned for tomorrow´s post.

Just a quick little note before I go. I have just managed to be featured on Expats Blog, a site which brings the expat community together, and I need your help.
My link is lacking some comments. If you have the time, and you enjoy my blog, please go to this site, vote for my blog and leave a little comment. It will only take a minute and I would really appreciate the support. Thanks very much.
http://www.expatsblog.com/blogs/6591/chasing-butterflies-sunshine-and-freedom

Hope you all are having a great day.

Thank you for reading and I will talk to you in my next post.